Automatic sprinkler systems have enjoyed an enviable record of protecting life and property for over 150 years.

Sprinklers reduce injuries by at least 80%, reduce property damage by 90% and substantially reduce damage to the environment from fire.

More than 70 million sprinkler heads are installed worldwide each year

However, the UK lags far behind the rest of the world with only 1. million sprinklers installed in 2003

Fire sprinklers are widely recognised as the single most effective method for fighting the spread of fires in their early stages.

Sprinklers protect the lives of firefighters and are fully supported by fire services.

The installation of fire sprinklers could virtually eliminate fire deaths.

When there is a fire all the sprinkler heads go off at once. WRONG! Each head is independent and only the head(s) adjacent to the fire go off.

Water damage is as bad as the fire damage. WRONG! A typical sprinkler discharges 55 litre per minute. A fire fighting hose discharges over 600 litres per minute.

Sprinklers can go off accidentally. WRONG! Records show that the chance of an accidental discharge from a sprinkler is in the region of 16 million to 1.

Sprinkler Systems are expensive.  WRONG! It is estimated that the costs of a sprinkler system can be recovered over a period of about 10 years. This is achieved through reduced insurance premiums and in larger organisations through less disruption to business continuity when a fire occurs.

A smoke detector provides enough protection.  WRONG! Smoke detectors - save lives by providing a warning system but can do nothing to extinguish a growing fire or protect those physically unable to escape on their own. Too often, battery operated smoke detectors fail to function because the batteries are dead of have been removed.

I have smoke alarms so I don't need a fire sprinkler system. WRONG! Smoke alarms are essential in every home. But they can only detect a fire. Fire sprinklers detect the fire and automatically control it, saving lives and property.

For more information on how we can help install, repair or maintain your equipment, call us today on 0800 77 20206. We offer a free, no obligation assessment and quotation. 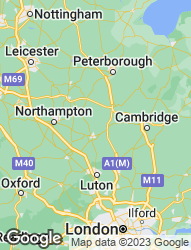